Join us Thursday, January 21 at D&L in Aubrey 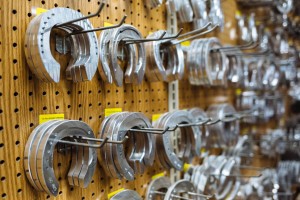 Retired Adjunct Associate Professor of Farrier
Medicine and Surgery in the Department of Clinical
Sciences Cornell University Hospital for Animals.
Michael Wildenstein is certified as a Journeyman Farrier
by the American Farriers Association and is a Fellow with
honors of Britain’s Worshipful Company of Farriers, and
inducted into the International Horseshoeing Hall of Fame
in 2006.
He learned to shoe from his grandfather while still in high
school, a time during which he also engaged in horse
logging. In college he studied forestry, biology and
education. After a stint at teaching he decided to turn his
hobby of shoeing horses into an occupation. He furthered
his knowledge by attending Rocky Irons Farrier School in
Turo, Nova Scotia, and the Farrier School at Cornell
University in Ithaca, New York, then worked as a farrier
for six years before moving to Denmark, where he took
more horseshoeing courses and started a shoeing
business.
From 1991-2010 Michael was the resident farrier at
Cornell, earning a position of adjunct associate professor;
teaching farrier students, veterinary students and
agriculture students, as well as working on lame horses
referred to the Cornell College of Veterinary Medicine.
Mike joined the FPD team of clinicians to help further the
company goal of contributing to the industry with a
multitude of educational programs.
He specializes in the shoeing of lameness cases and
heavy horses, and often lectures on these subjects
throughout the United States and Europe. His methods
are described in his videotape “Fundamentals of Draft
Horse Shoeing,” and the book “Draft Horses: an Owners
Manual,” co-authored with Beth Valentine, DVM, PhD.

About the Author: D&L Farm and Home